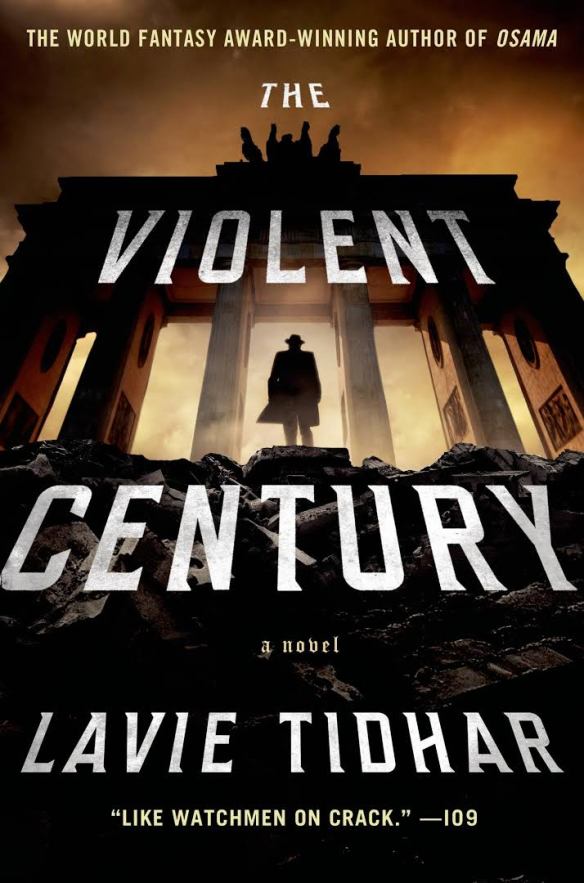 I know I’m a good writer. I’m also long-resigned to the truth that I’ll never be a great writer. Whatever literary merit my pulpy seriocomic adventure stories contain is largely the byproduct of having ingested enough canonically “great” literature that nanoscopic slivers of same will occasionally, mostly accidentally, sneak in between the many overwrought adjectives and adverbs of my purplish prose. Let me put it this way: if Stephen King is the self-described “Big Mac and fries of American literature,” I’m more like that slightly seedy neighborhood taco truck that a lot of people would avoid just on general appearance, but that an adventurous few would stumble across and consider a secret treasure.

For literary classicists and cultural gatekeepers, even in this enlightened postmodern age, it’s probably still hard to convince the bulk of them that any story containing superpowered people with offbeat costumes and absurd codenames could even aspire to literary merit. Sure, a few have tried, most notably Jonathan Lethem with his well-regarded Fortress of Solitude, but even Michael Chabon didn’t dare let Kavalier & Clay’s fictitious comic book creation, the Escapist, out into the real-world pages of his sprawling tale.

So kudos to Lavie Tidhar, who threw down the gauntlet when he published The Violent Century in early 2015. This is a swing-for-the-fences attempt at Big Idea literature double-wrapped in pulp genre, equal parts John Le Carre Cold War spy novel, Don Delillo-ish examination of cultural and political mores across the whole of the 20th century, and a healthy dose of Ed Brubaker’s The Marvels Project for good measure. Tidhar’s novel, as he describes it, is not alternate but “parallel” history, a world where powered Ubermenschen fought and spied alongside us through the major conflicts of the 20th century starting with World War II. But where a book like Watchmen shows us how the presence of supers drastically rewrites the landscape, technology and political climate of our world, Tidhars ubers have surprisingly little effect on the outcome, and reality more or less remains on track.

One of the dead giveaways that this book is taking itself, its themes, and even its supers seriously is evident the moment you start reading. Tidhar makes an unusual, at times confounding stylistic choice, to not set dialogue in quotation marks, or even break his paragraphs in a normal way. It’s easy enough to pick up on what he’s doing and mostly the story flows regardless, but at times it left me rereading a line once or twice to correctly assess who, if anyone, is speaking, and what sentence or clause is internal monologue or authorial voice. The motive for this mostly seems, to me, to be to set the book apart from a more straightforward novel, as if using a more conventional approach would render his story no more than airport newsstand fodder, Tom Clancy with caped crusaders. Whether or not this is the case, this kind of experimental gameplay with the “rules” of writing is a frequent tic of those with higher literary aspirations.

More than anything, Century is an espionage tale, not quite a thriller, but full of intrigue and betrayal and bait-and-switch, questionable moral decisions made in the service of a “greater good” or just pure self-interest. There are cloak-and-dagger field operatives, a handler known only as The Old Man whose motives are as questionable as his ethics, a damsel-in-need-saving, friends that turn enemy and vice versa, and some potentially colorful supporting and side characters, not to mention Russian, British and American superheroes and, most thrillingly, a Nazi werewolf and a Jewish vampire facing off in the Carpathian mountains of Transylvania. At times it’s exactly as entertaining as it sounds. At other times, it feels like a bit less self-seriousness could be taken with these big wild pulpy ideas.

While the novel is definitely an easily digestible page turner, with short chapters allowing for small bites until you can’t believe you ate the whole thing, and Tidhar’s prose is often quite lovely, the storytelling comes up short in the characters. The main protagonist is a former British intelligence officer/Ubermensch who goes by the name of Fogg (because he can control mists and clouds and such, y’see), and while we spend ample time with him and in his head, he never fully comes alive as a fleshed-out human being. His onetime partner, Oblivion (who can makes things vanish with a touch of his hands), gets even shorter shrift, and disappears for long stretches, as do most of the supporting characters. There’s a love story between Fogg and a young woman who might be the most powerful of all, but she is so thinly conceived and characterized it’s difficult to connect with the supposed depth of his feelings for her.

Likewise, Tidhar sprinkles in fascinating real-life historical figures like a young Alan Turing or Wernher von Braun, but doesn’t give them anything to do. I mean, if you’re going to drag as fascinating a 20th century figure as Turing into your story, at least give him one juicy moment that either propels the plot or sticks in the mind. The characterizations are so surface level, the book often reads more as pure allegory than gripping, globe-and-time-spanning epic. Which is fine, if you like allegory. Maybe I’m just too meat-and-potatoes when it comes to the narratives I’m drawn to, but the bulk of what I read, watch (and write) draws me in with a focus on well-written characters. A terrific premise and clever plot mechanics are all well and good, but I need a character I can hang my hat on while I take the ride. And while I don’t shy away from “challenging” reading, this isn’t that. It’s a pretty simple, possibly even flimsy tale that uses its genre trappings like curious adornments.

I’m still not entirely sure what Tidhar’s superpeople were meant to represent within this semi-conventional spy story framework. I think a deeper dive into their inner lives, and richer details in their relationships could have really helped. There’s an opaqueness to both motivation and action that left me wondering if I was missing something deeper, or applying profundity where it didn’t entirely exist. Case in point: despite their awesome elemental powers, characters frequently use guns, which makes sense against the backdrop of war and its aftermath, but also seemed to undercut both their abilities and the potential of the sparse action sequences. At one point, when using his eradication powers would seem to be the perfect solution, Oblivion instead chooses to strangle a man to death and dump his body. I was hoping there was significance to the choice, but in context it just seemed as if the author forgot his character could do that.

This probably all sounds more critical than it should. I enjoyed reading this (and might have enjoyed it as a graphic novel even more so), and honestly I don’t think I could even attempt what Tidhar has aimed for here. If I tried to render HandCannon a metaphor for male violence or the lingering damage of PTSD or anything much more profound than an aging enhanced thug with a redemption arc, I’d either get lost up my own ass or suffer failure-related panic attacks. So again, my hat is off to Tidhar for letting his Big Ideas share space with cleverly conceived super-powered do-gooders and do-badders. I just wish it was a little clearer in the end what the Big Ideas really were. While there’s a compelling, well-crafted story here, it’s a little bit like dining on $25 gourmet ceviche tacos and realizing you wish you’d just gone to the truck.

1 thought on “Secret History: A Review of Lavie Tidhar’s “The Violent Century””